Posted on  by Colin Staub and Scrap News 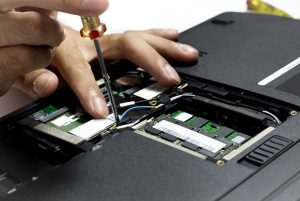 Bolstering domestic markets is a logical way to reduce exports, and that concept is behind a just-announced program that’s tied to an e-scrap certification.

The e-Stewards Digital Equity program facilitates communication and exchange of electronics between enterprise companies, e-Stewards-certified recycling companies, and U.S. and Canadian cities and counties. The recycling operations will refurbish devices and sell them for a relatively low price to municipalities, which will use them to help bridge the digital divide experienced by their low-income residents.

“This is going to channel a lot more of our e-Stewards into the reuse business. We think we’re going to get a good market for them,” said Jim Puckett, executive director of Basel Action Network (BAN), which founded e-Stewards. “As long as these city-county programs keep steaming along – and there seems to be a lot of support for these programs – we’ll have a good market.”

The e-Stewards standard is known for its strict limits on e-scrap exports to developing countries. Though export reductions sit in the background of the reuse effort, the program also has broader social aims. E-Stewards is working with ConnectHome, a program under the federal Department of Housing and Urban Development (HUD) that facilitates access to electronics for families living in public housing.

E-Scrap News recently spoke with Puckett and Bob Akers, e-Stewards enterprise director, about the new initiative and the standard’s approach to reuse. The initiative and its participants were announced today in a press release.

What’s the ultimate goal of the reuse program?

Jim Puckett: It’s to dramatically enhance reuse and channel it to good, ethical outcomes both for the environment and for education and digital equity. It fulfills a social need as well as an education need: A lot of this hardware will be channeled to students, low-income communities, low-income housing, minority businesses and more.

How does it work?

Puckett: The progressive cities and counties that have started digital equity programs, like Seattle, like Kansas City, like Madison, Wis. – the list is long – they have a common problem of getting inexpensive hardware. Sometimes they have a budget for hardware, usually they do, but it’s not a very large budget. And this is the real shortfall. In Seattle, it was shocking how few pieces of hardware they were actually able to deploy last year. They just didn’t have the equipment available.

Meanwhile, we’re shredding all this stuff that could be very well channeled in this direction.

Then we have our e-Stewards – and all recyclers are in this camp – needing to find ways to increase their revenue in light of the recent commodity price crashes and the looming possibilities that now scrap plastic might cease to be a profit center if they can’t export it to China. Things are not looking good on the commodity front, so many recyclers are shifting to try to find ways to involve asset recovery and repair and refurbishment and find markets for that. This is a very large market, and it can be profitable for the recyclers involved. This program was definitely designed for e-Stewards to continue to make a small profit on this material.

And then we have the enterprise companies. Where we see their challenge is they’re often afraid – we’ve been talking with Wells Fargo, that’s one clear example – they’re often afraid of handing over their IT assets for fear of liabilities, data loss, potential scandals down the road. So they’ve been reluctant to do that.

We believe that in this program, which is going to involve e-Stewards processing things to the highest standard, making sure things don’t go offshore, avoiding potential scandals, is going to be very advantageous for us convincing enterprise companies to hand over equipment. We’re already having really fruitful conversations with some of our enterprises to have equipment available for the launch of this program.

Bob Akers: I was executive director of a nonprofit e-Steward we had in Kansas City. I got wind the city was becoming a ConnectHome community. I thought it was a really good fit for my organization, to have a place to put this material. It was a great place for me to find some revenue as well. If you think back to where we were 18 months, two years ago with the beginnings of commodity pricing going down, we were all looking for new ways to tell the story, new ways to find revenue. And this was a great place for us to do it.

I found myself doing some things that were unusual for me, basically going to city hall once a week and striking up a relationship with the city manager’s office and the mayor’s chief policy adviser. From there, I found it was just a great fit for my business in Kansas City, and it was, I thought, a great fit for other e-Stewards. Because the more I got involved with digital inclusion, the big question was, “Where do we get the devices? Where do we get the equipment?

It sounds like the big thing that is key to this is connecting the various parties.

Akers: Absolutely. It’s really in its infancy, but really, connecting up with your city government; connecting up with industry that’s in the area; being able to tell the story to the industry; being able to go and meet the people … who are in need and provide them that new device experience; bringing them devices that are recycled and refurbished to a standard – and there’s some uniformity to it so nobody’s leaving with hurt feelings at the end of the day – it takes all of that.

BAN has some specific definitions for reuse for its e-Stewards certification, is that right?

Puckett: Not really. We’re using international definitions. The Basel Convention is the place we draw those definitions from. But I think maybe what you’re referring to is we have been falsely misrepresented as being opposed to reuse. It’s complete malarkey. What it stems from is that we actually have been following the rules and guidelines set down by the Basel Convention, whereas R2 has ignored those, they have pretended they don’t exist. And we can’t do that.

For example, we lost one major customer of ours in our e-Stewards program, because we were following the guidelines put forth by the Basel parties. [Basel parties] said, “We don’t want to have bad batteries put on good laptops and then exported to developing countries. You need to have the battery in good working order. It can be used, but it has to have some life left in it.” That’s where we went into some very detailed examination of the battery issue, and we came out with, yes, you have to test the batteries and you have to make sure they have some life in them before you can market them and export them.

We are not going to allow a good laptop to become the vehicle of a bunch of e-waste in the form of a bad battery. We drew the line there. R2 doesn’t draw that line.

So we got this reputation of being “reuse unfriendly,” which is so ironic, because I’ve been involved in this issue of waste management for over 25 years now and we have always promoted reuse as being at the top the pinnacle of the waste management hierarchy. But it has to be ethical reuse: You can’t pretend to wear angels’ wings and use the word reuse when you’re doing things that are less than ethical.

Do you think this program might diffuse that notion that e-Stewards is anti-reuse?

Puckett: I do. We have not proactively tried to dissuade people that have that inclination, that think we’re anti-reuse. It was kind of amazing to us to hear this. But I do believe this will help. I think the R2 gang has tried to market themselves as being reuse friendly. And really, they’re not any more reuse friendly than we are, by any stretch of the imagination. But just like anything, it has to be done right. And too many people are using that word just as they’ve used “recycling” in the past, to do all the wrong things.

Anything has to be done the right way. Any kind of industrial activity can create harm no matter what names you attach to it – recycling, reuse – if you’re not careful. And our program, if anything, is careful.